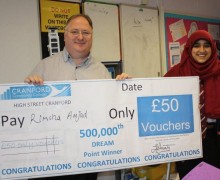 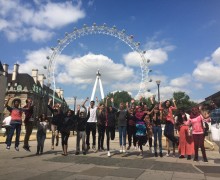 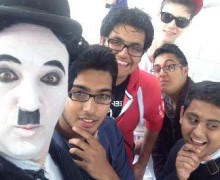 Cranford Community College operates a positive rewards-based behaviour management system. The ‘DREAM’ philosophy, imported all the way from New York in 2008, stands for Discipline, Respect, Enthusiasm, Achievement, Maturity. Students receive DREAM points for outstanding behaviours which demonstrate any of these values both in lessons and around the school.

Students collect DREAM points individually and their successes are recognised with certificates from Heads of Year in assemblies every week with contact home being made to share their achievement with parents and carers. They also contribute to inter-form competition and the form group with the most DREAM points each half term win a pizza party or breakfast celebration with their tutor. Competition is stiff within the year teams and DREAM point league tables are updated weekly. Parents and carers are able to monitor their child’s DREAM points online through the parent portal.

At the end of the school year the whole of Cranford celebrates ‘Rewards Day’. All students participate in a range of different activities and out of school trips depending on how many reward points each pupil has accumulated over the course of the year. Those with the most DREAM points get first choice. Last year activities included trips to theme parks, days out in Brighton and central London and activities such as bowling, ice-skating and laser quest.

Since the introduction of DREAM points, staff at Cranford Community College have awarded over half a million DREAM points and last year a Year 10 student, Rimsha Amjad, received the 500,000th DREAM point from Headteacher Mr Prunty. She described this experience as “the most exhilarating, shocking and suspenseful” of her year. OFSTED recognised the rewards system as an important part of the ‘Outstanding’ behaviour at the school in 2012.

It was the most exhilarating, shocking and suspenseful moment of my entire school year - Rimsha Amjad Year 10